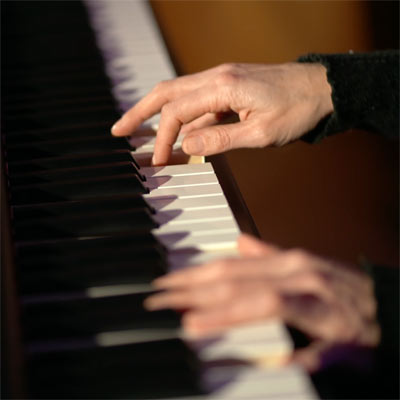 Known to many people in the local area, Angie is the regular pianist at our village Christmas carol singing event and teaches music at the local school. Angie also composes her own songs, being influenced by Carole King, Amy Winehouse and Nina Simone.

‘Bête Noire’ was composed in the memory of her friend and pupil Ed Sloper, who died recently.

The second piece was composed by Angie to play at a wedding. She did not get to play her creation at the event, so wanted to record it anyway to send to the bride and groom.

Other pages you may be interested in:
Videoing Angie Collins Singing ‘Broken’