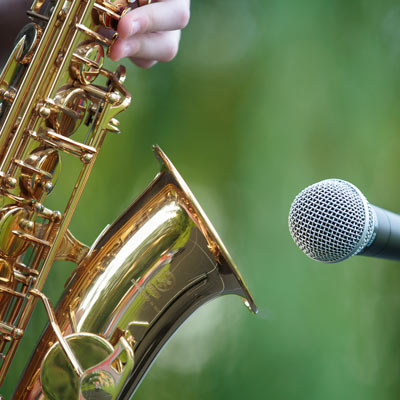 I was asked by Rob Burton’s father to record Rob live at a Christmas concert in Spaldwick Church. He played a modern composition entitled ‘Braemar’ by Graham Fitkin, who is a British composer, pianist and conductor. This piece was premiered in St. Margaret’s, Braemar at the 2017 ‘One Fine Day’ Music Festival and was played by Rob Burton during the BBC Young Musician of the Year Woodwind Finals in April 2018.

The saxophone was invented much later than other traditional classical instruments, such as the piano or violin, and has been more associated with jazz than classical music. As a result, there is relatively limited classical repertoire for the instrument. However, Rob has been seizing the opportunity to perform exciting, modern compositions like ‘Braemar’.

For the recording, I used a Zoom H6 portable audio recorder with its built-in condenser microphones. While my audio equipment has been substantially updated since then, I think it captures the acoustic of Spaldwick Church. Being a live recording, there are occasional sounds from the audience, such as knocking of the pews. I hope that I’ll be able to re-record the piece in more controlled conditions, and with my better equipment!