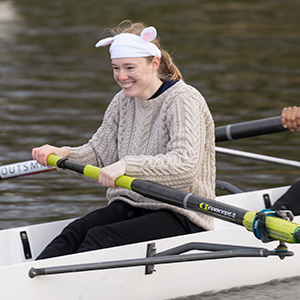 In my Canon days, the Canon 70-200mm F2.8 lens ended up in my camera bag most of the time as it was such a versatile lens, which was capable of great performance compared to the other Canon lenses available at the time. It’s wonderful to now have the same choice with Sony. With a maximum aperture of F2.8, the lens is capable of producing some nice bokeh, particularly at 200mm.

To test the lens, I took it to Cambridge to photograph my younger daughter taking place in the Emma Sprints rowing race on the River Cam. What stood out was the speed and accuracy of the autofocus when paired with my Sony A1 camera. It proved a superfast, super-accurate combination – ideally suited to sports.

While it was freezing cold at the time (which limited how many photos I took), I am looking forward to photographing more rowing competitions with the Sony 70-200mm GM II lens when it becomes a little warmer!

You can view my sample photos here:

I will add photographs to these galleries in due course.