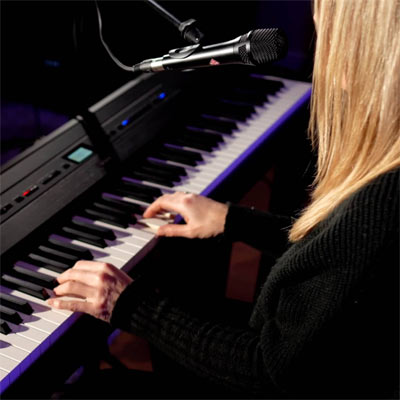 Local songwriter Angie Collins came in so I could video her performing a song she wrote, called ‘Broken’. While I have recorded several songs (sound only), it was nice to capture visuals as well. While sound recordings allow you to use large-condenser microphones, room treatment and portable isolation booths for better sound quality, video can be easier to share with others, particularly on social media.